Night photography refers to photographs taken outdoors between dusk and dawn. Night photographers generally have a choice between using artificial light and using a long exposure, exposing the scene for seconds, minutes, and even hours in order to give the film or digital sensor enough time to capture a usable image. With the progress of high-speed films, higher-sensitivity digital image sensors, wide-aperture lenses, and the ever-greater power of urban lights, night photography is increasingly possible using available light.

In the early 1900s, a few notable photographers, Alfred Stieglitz and William Fraser, began working at night. The first known female night photographer is Jessie Tarbox Beals.[citation needed] The first photographers known to have produced large bodies of work at night were Brassai and Bill Brandt. In 1932, Brassai published Paris de Nuit, a book of black-and-white photographs of the streets of Paris at night. During World War II, British photographer Brandt took advantage of the black-out conditions to photograph the streets of London by moonlight.

Photography at night found several new practitioners in the 1970s, beginning with the black and white photographs that Richard Misrach made of desert flora (1975–77). Joel Meyerowitz made luminous large format color studies of Cape Cod at nightfall which were published in his influential book, Cape Light (1979). Jan Staller’s twilight color photographs (1977–84) of abandoned and derelict parts of New York City captured uncanny visions of the urban landscape lit by the glare of sodium vapor street lights. 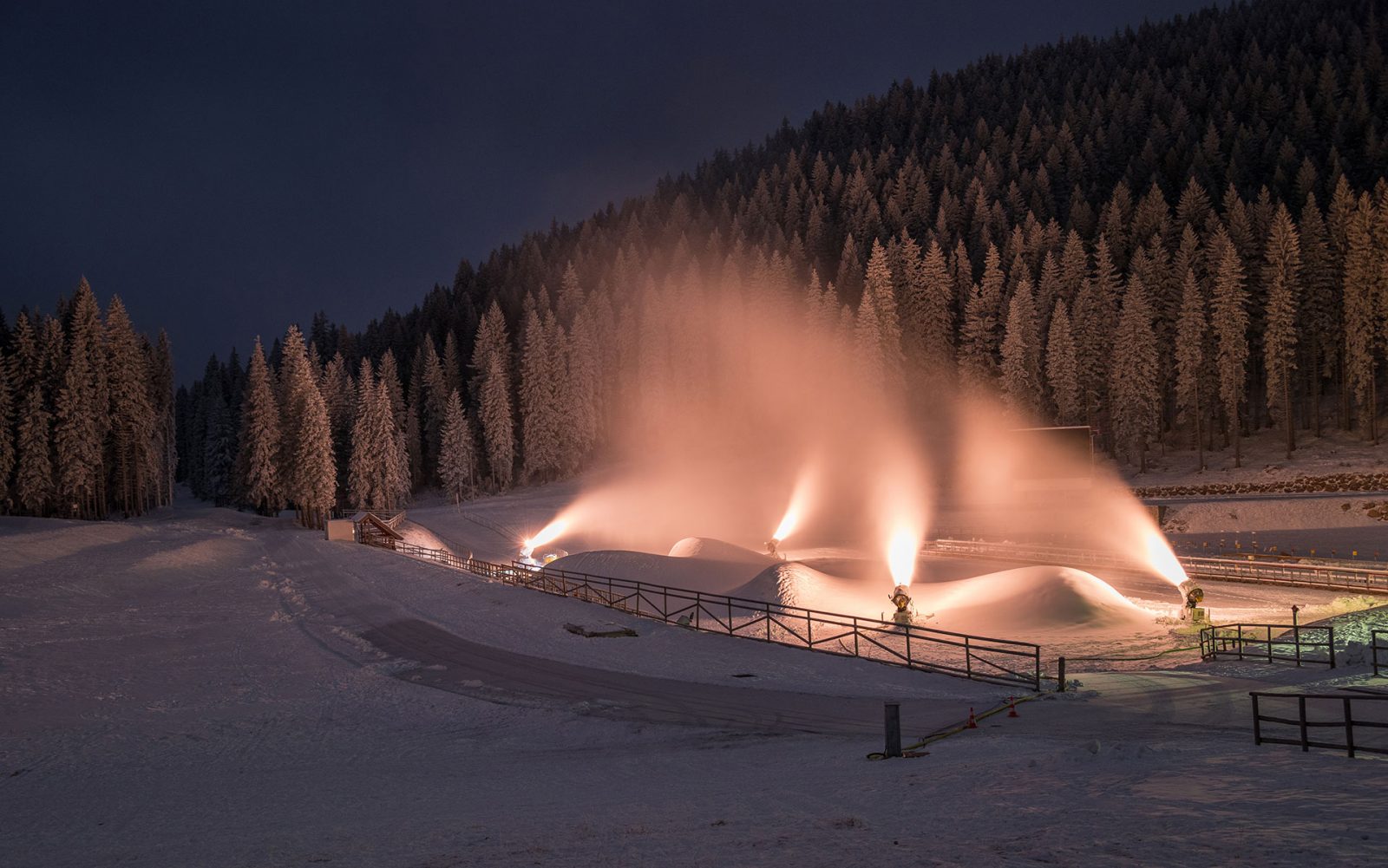 By the 1990s, British-born photographer Michael Kenna had established himself as the most commercially successful night photographer. His black-and-white landscapes were most often set between dusk and dawn in locations that included San Francisco, Japan, France, and England. Some of his most memorable projects depict the Ford Motor Company’s Rouge River plant, the Ratcliffe-on-Soar Power Station in the East Midlands in England, and many of the Nazi concentration camps scattered across Germany, France, Belgium, Poland and Austria.

During the beginning of the 21st century, the popularity of digital cameras made it much easier for beginning photographers to understand the complexities of photographing at night. Today, there are hundreds of websites dedicated to night photography. 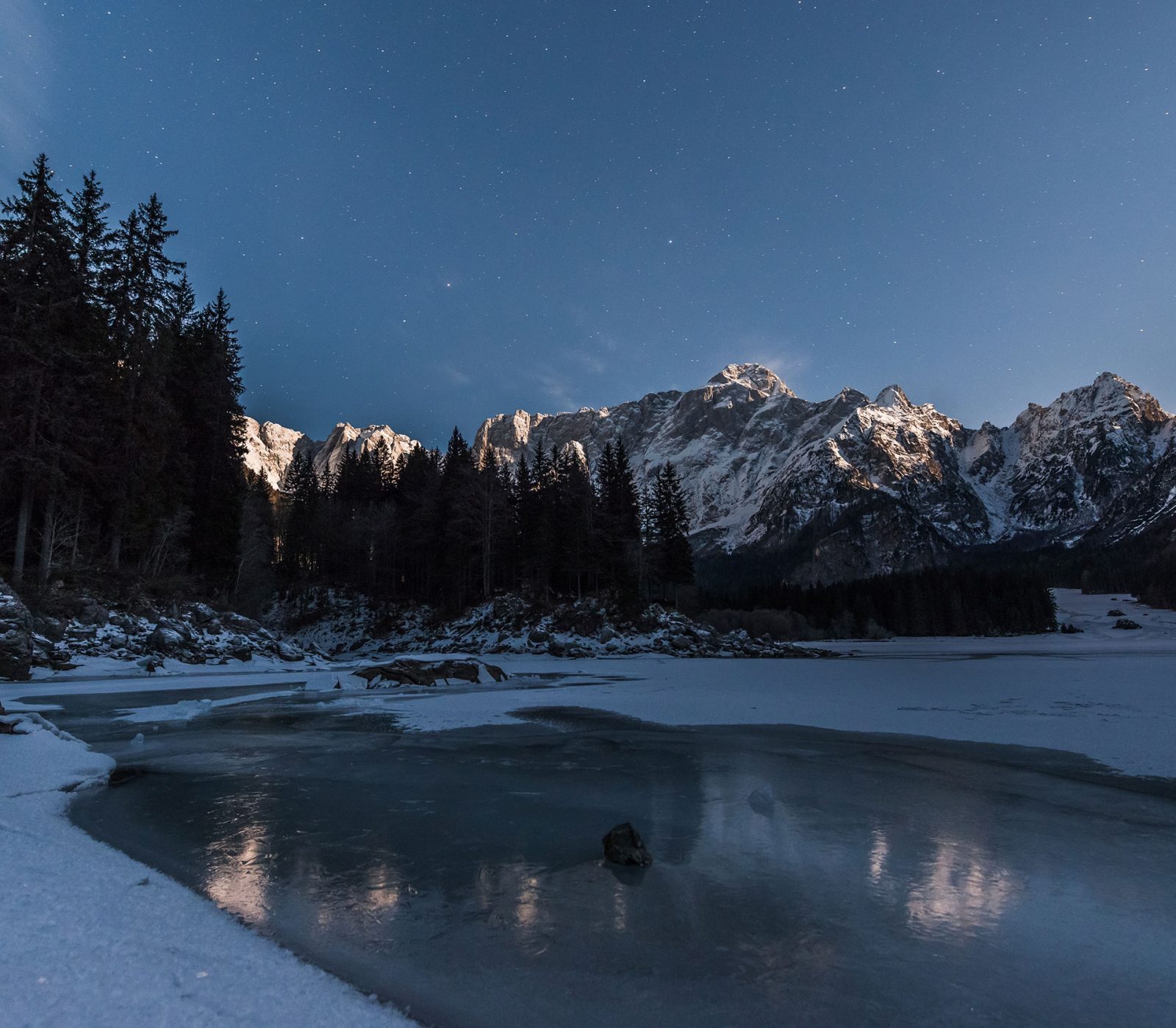 The sunlight reflected by the full moon onto the Earth is about 250,000 times dimmer than the light we get directly from the Sun in the daytime. Since log2(250,000) = 17.93…, full-moon photography requires 18 stops more exposure than sunlight photography, for which the sunny 16 rule is a commonly used guideline.

Imagine a full daylight exposure of 1/100 second at ISO 100 and f/16 (the baseline of sunny 16). Adding 18 stops to convert from the Sun to the Moon could result in a shutter speed of 8 seconds at ISO 400 and f/2 (+10 stops of time, +2 stops of ISO, +6 stops of aperture). However, on most chemical film, such an exposure would turn out too dark. This is because film does not expose in linear proportion to the light it absorbs, an effect called reciprocity failure. At light levels as dim as moonlight, it needs more light than a linear extrapolation of daylight values would suggest.

Hit enter to search or ESC to close